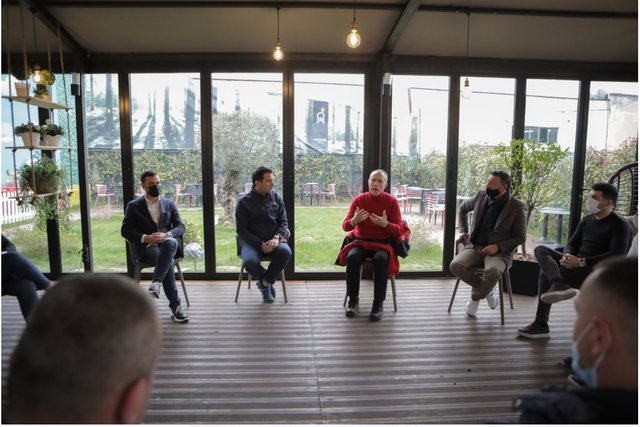 All businesses operating on the first floors of earthquake-damaged buildings will receive the same space in the new buildings being rebuilt. The Mayor of Tirana, Erion Veliaj, held a meeting with representatives of several businesses in Vora, which will soon become part of the Free Economic Zone, which the Municipality of Tirana is creating in the Kashar area, especially for the automotive sector.

Veliaj said that the proposal for businesses will go to the government on behalf of the Association of Municipalities. "We have the same situation in Kombinat, where most of the first floors of old buildings have been adapted as facilities for services and business. Our proposal is: who has been a business with NIPT number, to be treated with new spaces for services. We will propose it as the Association of Municipalities for all municipalities affected by the earthquake. It is not only a solution for Vora, but it also applies to Kombinat, Kinostudio, Shijak, Rrogozhina, Thumana, Kruja and Laç, ”said the mayor.
As for the businesses affected by the reconstruction, Veliaj said that the exchange will be per square meter. For those who were not affected by the earthquake, but are on the trail of new buildings under construction, we will do as we are doing in Kombinat and "5 May": exchange for every square meter. So instead of doing expropriation, we do exchange. It does not matter if the premises are legalized or mortgaged, but as long as you are actually there, we will do the exchange per square meter. Because if you are building a new neighborhood, but you will allow the old boilers there, it practically reduces the value of the new property that is being built, ”explained Veliaj.

The Mayor of Tirana said that Vora will receive a great development with the rapprochement of Tirana with Durrës, but especially with the creation of the Free Economic Zone in Kashar./dritare.net